Made it to Maine

It's been a solid month since we set sail on this new adventure. To be completely honest, we weren't exactly ready to leave when we did but it felt like one of those now or never moments. I'm a planner by nature, so I had envisioned more preparation with mapping out our entire route and itinerary - but is anyone ever fully prepared to leave home and live on the road indefinitely?

At least we had a general idea of where we were going. The first leg of our trip would take us up the east coast from Florida to Maine. Having family and friends all along the way dictated most of our stops, since there's no shortage of people and places to see. Scheduling conflicts were our biggest challenge because we couldn't visit everyone we anticipated, which was a bummer but I had booked some shoots to plan our trip around so we needed to stay on track.

We promised we would never drive during rush hour or at nighttime in inclement weather. Well, we left Delray Beach on a Friday at 5:00pm in the rain.. so that didn't last very long. Amateurs arriving in complete darkness, our first night was in St. Augustine, FL at North Beach Camp. We liked it so much that we extended our stay and bypassed Savannah so we could meet my sister Alex, Evan & Grady in Mount Pleasant, SC for some quality family time around Charleston.

After more rain, we continued through North Carolina and parked in Raleigh Oaks at a true RV *resort* (free waffles & wifi) before landing in College Park, MD. That was the closest proximity to Washington DC, where we hoped to give Bruce an All-American treatment by putting him on his first metro into the city for a tour of the National Mall. Who's the goodest boy? Bruce is. 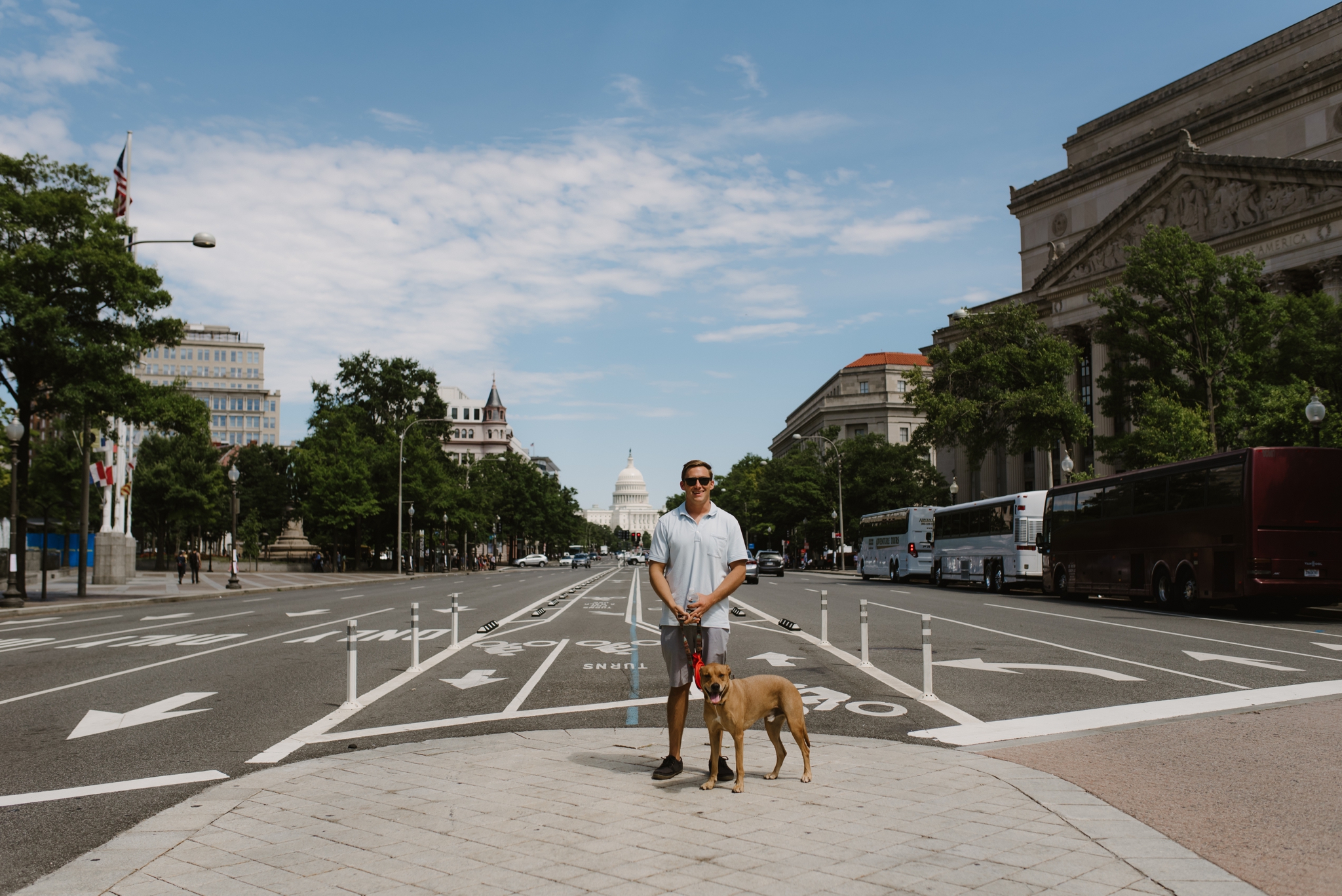 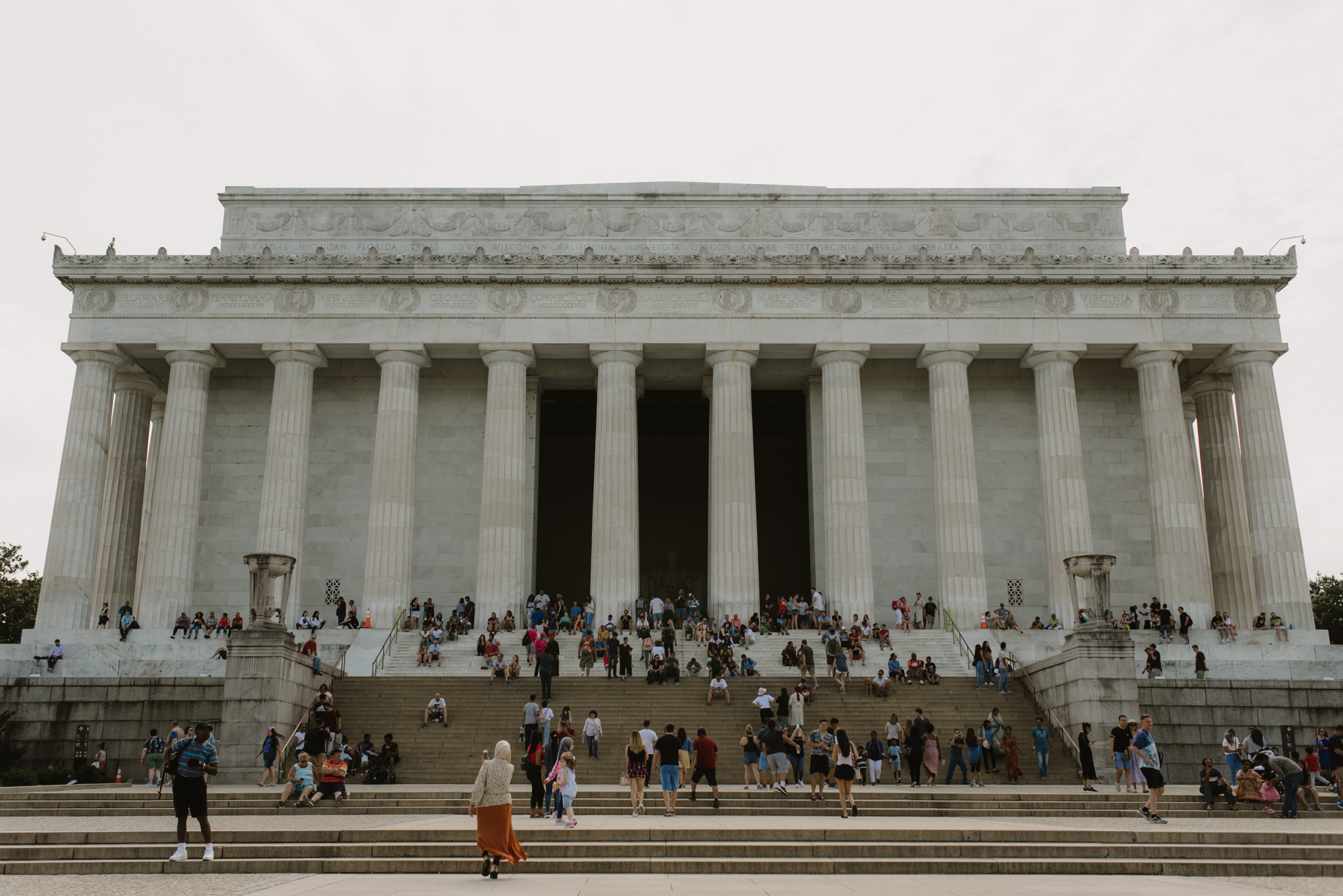 Upon seeing the sites we met up with GA's cousin in Philly for some Fishtown goodness. Shoutout to Kate & Carson for their hospitality and inviting Bruce to hangout with Nigel, the cat! Next up was Jersey City, also known as our least favorite and most expensive parking experience thus far. No offense to Liberty Marina - we needed to be close to NYC, it just wasn't an ideal location and the constant rain did not help. We made due with our plans and even managed to squeeze in an engagement shoot (and cocktails) with Olivia & Jesse in JC.

Livin' it up in a glorified parking lot with no sign of the skyline got us ready for the 'burbs - but not so much the traffic. It took over four hours to get to my parents house, which was supposed to be the shortest distance to cover. We relaxed in my hometown of Northport for a few days before heading out to the Hamptons to show Bruce what Long Island summertime is all about. 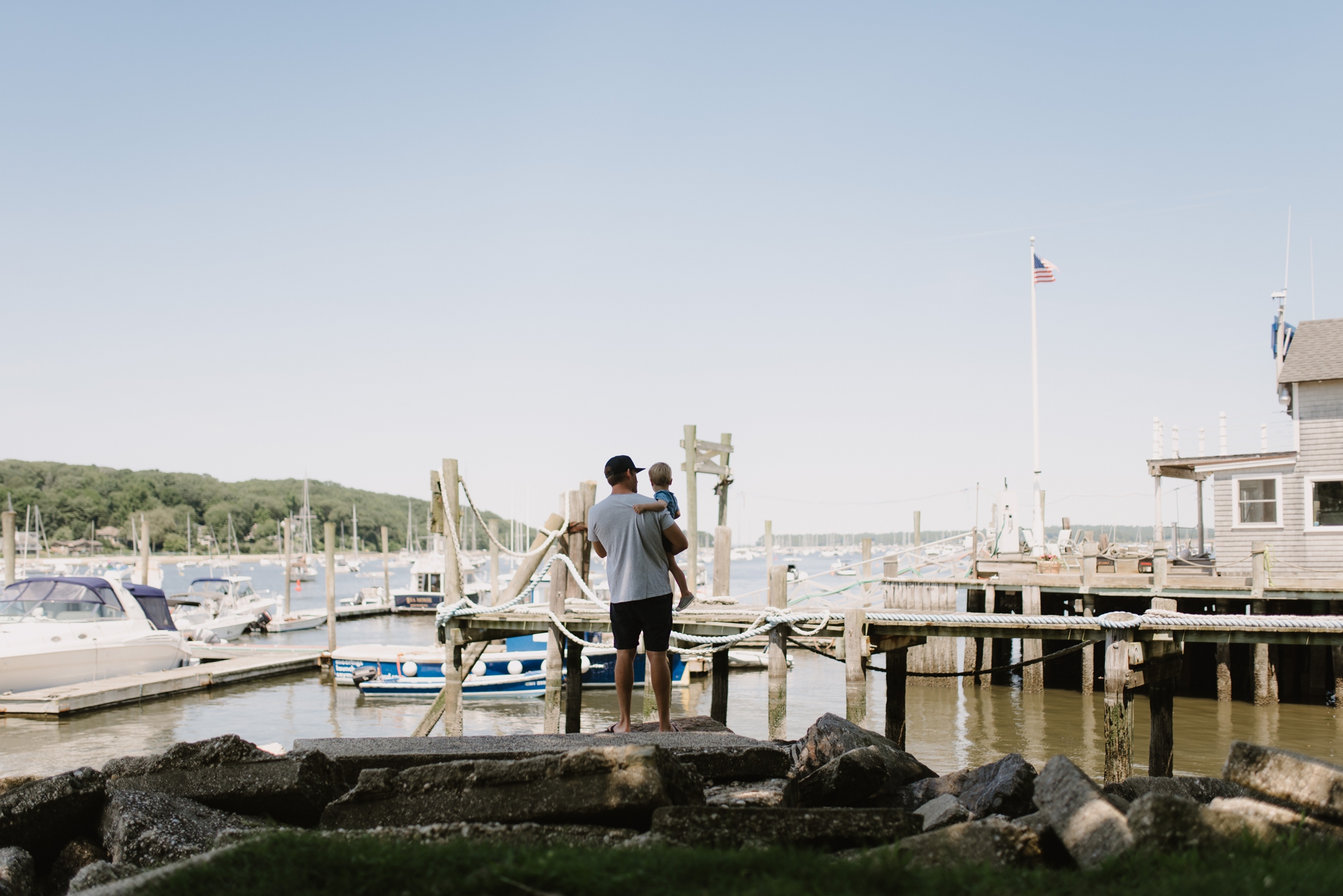 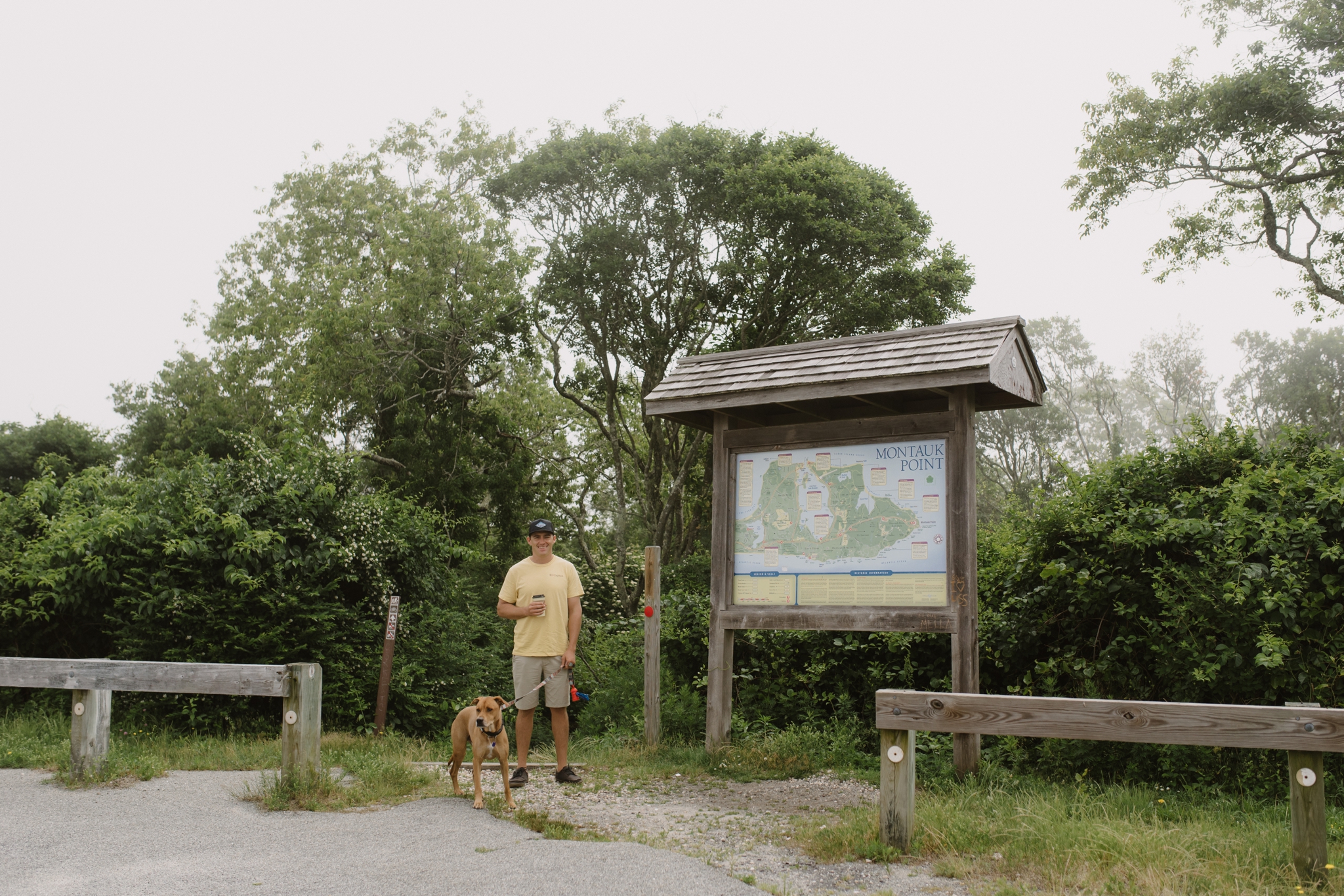 The Airstream got parked at Cedar Point next to Sag Harbor, a convenient location but the ticks were so bad out east that we decided to relocate to the north fork. Extremely impressed with the charming town of Greenport, we left New York on a high. Another highlight was putting Sterling on the Cross Sound Ferry from Orient Point to New London. Once we got over to Connecticut we drove straight to the Berkshires so I could second shoot a wedding with Evan Rich Photography.

We drove to Southern Mass for a long Fourth of July weekend with the Lauderdale's. It was the quintessential New England holiday, complete with the most perfect weather, scenic beaches and waspy debauchery. We spent the fourth in Nonquitt with a picnic party and watched fireworks across the horizon from New Bedford to Martha's Vineyard. Thanks to Aunt Jo & Uncle Ger for hosting us in their driveway and partaking in late night Airstream parties with Stone & Jessie.

It turns out that Massachusetts has the worst paved roads we've encountered so far, as the tin can shook into Salem, MA where I scouted a wedding for Joshua Kane Photography next year. But first we (I) had to drive by Max's house from Hocus Pocus. Feeling a bit claustrophobic while trailering through most of the Northeast, we were beyond eager for open spaces. Well, we made it to Maine and immediately fell in love with Kennebunkport. GA insisted on spending at least 5 days up here and I'm so glad he did. We're currently parked on a farm just outside of Acadia National Park to decompress before turning left cross-country. This is also where we're celebrating my 30th birthday, with rain in the forecast, massages and lobster - just a few of my favorite things.

It's been a major transition but we've embraced this pace of life on the road. Constantly on the move, we usually spend no more than three days in one spot so we're most looking forward to slowing down and enjoying the ride. Each stop we get better at setting up and breaking down, refining as we go. The next trek will take us from Maine to Oregon, and here's where we've been since departing Delray Beach on June 7th:

- Any crazy stories so far?

Surprisingly, no. We have had a few encounters with interesting characters (RV park life), but nothing too shocking. We're happy to report that it's been pretty smooth, but then again we haven't resorted to parking in a Walmart... yet.

- How does Bruce feel about his new life on the road?

Everyday is a ride, there's so many new smells and he is never left alone - he is in heaven. Bruce also loves cozy spaces and window watching, so the Airstream is his ideal living situation.

- Does anyone ride in the airstream while driving the trailer?

- Where are you now and where to next?

Mount Desert Island in Maine, about to head out west - stay tuned for next blog post!

- Are your sick of each other yet?